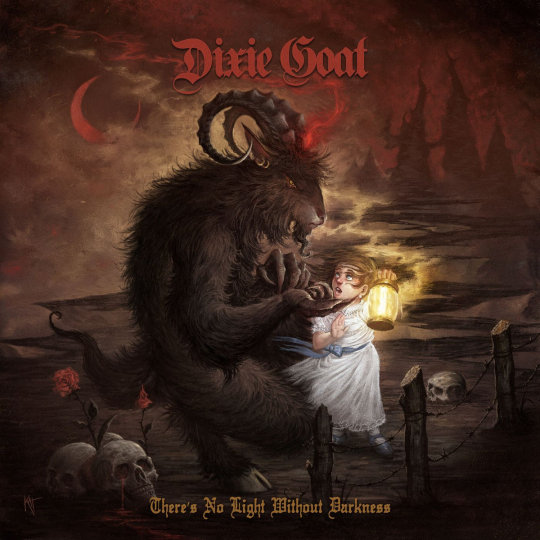 Death is a gentleman, too.
He makes good losers of us all.

Give fifty years to someone without any apparent drive toward self-improvement or capacity to mature, recycle, renovate, and otherwise improve things around them, and you will probably find them in exactly the same place – no change, making the same mistakes, failing to advance. On the other hand, give just five years to a person operating with the opposite mindset, with a tendency toward exploring new ideas, unafraid of doing something different, and their creativity will probably surprise you. This thought crossed my mind as I was listening to the new album by Chilean band DIXIE GOAT.

With a debut that made their direction and musical ability quite evident, represented by the lively ‘Black Sun Child’ (2015), Dixie Goat provided us with the best possible elements of stoner rock, hard rock, and doom metal. They established their sound and style with a sense of sobriety and maturity, drawing parallels to great bands like Corrosion of Conformity, Spirit Caravan, Orange Goblin and Brant Bjork. This energetic, balanced, and all-around solid album was the kick-off for the band’s trajectory that now culminates in ‘There’s No Light Without Darkness’ (2020). Their latest offering demonstrates how much a band can fulfill their essence – presenting us with their best efforts, yet still finding room to grow and sound fresh (without losing what made us first appreciate them) — all within the span of half-a-decade.

Coming from a country that boasts of crystal clear musical quality within the stoner strata, Dixie Goat (who hails from the capital city of Santiago) sounds slower and denser in this new work. Beginning with the album’s title track, we’re taken in a direction that much darker than their first opus, yet no less authentic to the trio’s core identity or musical intentions. The Sabbathic “There’s No Light Without Darkness” introduces us to the band’s expanded musical universe in condensed, instrumental form.

This is succeeded by a doomer with grungy touches, “Dancin’ On Your Grave.” One notices, as the elements unfold, the dynamic previously dictated by this “love triangle” (fast, heavy, and dense) now favors a little more of the gloomy and funereal.

The third segment “Two Faces” is a great example of this grungy-doom/doomy-grunge characteristic, demonstrated by Nikk’s vocal approach – which sometimes had me imagining Layne Staley obsessed with Corrosion of Conformity’s Pepper phase. To be clear, this is a huge compliment, and “Widow’s Tear” follows suit with swampy verses set to a powerful beat. 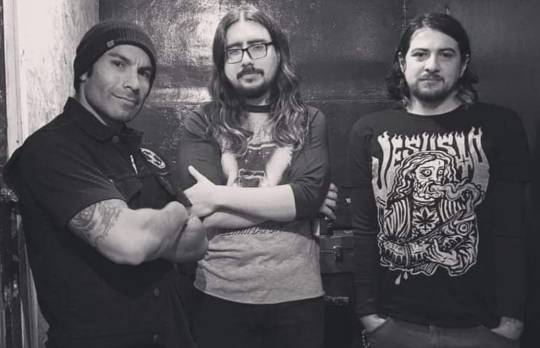 The lively, up-tempo pace of Dixie Goat’s past is not lost on their newest material, for following this we have “Green Karma” spicing things up a bit with an extra dose of speed, sliding out of the slower-paced script thus far and betting on the bluesy groove of the hard rock tradition. As we move from “Zuma” to “Supershit” into the last track, the band isn’t just stepping on the gas a little; they’re practically sticking their boot to the accelerator (at least compared to earlier tempos) to deliver an explosive rock´n roll vibe without strings or limitations.

“From One Hell To Another” joins the doomy grunge and stoned hard rock elements with exquisite coherence, sacramenting this album closer with a melancholy atmosphere that suddenly turns energetic in its final moments, as it summons us to one final dance through the desert.

Honouring the scene from whence they belong and which has presented so many great stoner-doom bands to us (Kayros, Yajaira, La Jack, and others), the power trio Dixie Goat put a bullet right on the bullseye with this new album (recorded by YBM Records and mastered by the great Jack Endino). The emphasis on low tuning and murky vocals is palpable, and the choice of tones is quite tasty and on-point – balancing the lightest and fastest tempos against the weight and might of the slowest. Continuing in this manner, with the wisdom to improve as much as possible in a short timeframe, the band will no doubt have a bright and promising future.

Dixie Goat’s There’s No Light Without Darkness is availalbe in digital and vinyl format via Electric Valley Records. 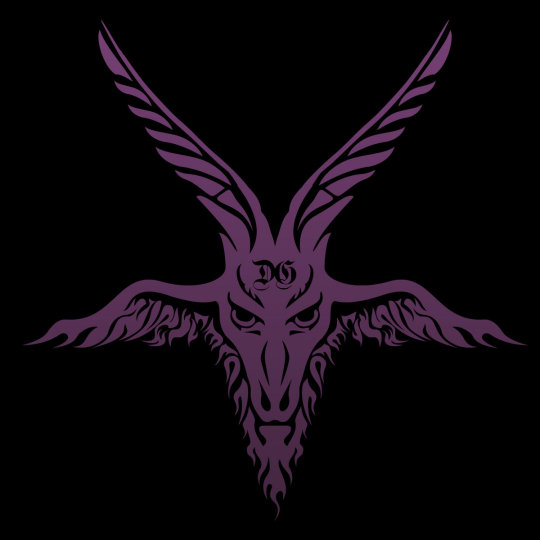 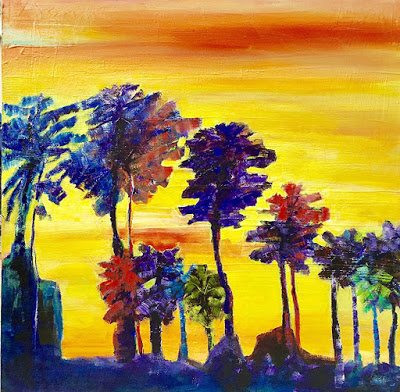