Cirith Ungol was poised for a great 2020. Their comeback album Forever Black received rave reviews. Their schedule was booked with big festivals. And they were already kicking around ideas for new music. Sadly, we know what happened to all of us when COVID-19 upended the planet.

Rather than wait it out, the band got busy and eventually ended up in the studio last fall. The result is their new EP Half Past Human, which includes new looks at old songs. Cirith Ungol recorded two songs during the Forever Black sessions and tracked two more in September 2020.  Decibel is streaming the entire EP below. While you listen, read our Q&A with band co-founder/drummer Robert Garven about handling pandemic setbacks, how the EP came together, and what’s next for this legendary band.

In 2020 you had this great comeback record. Unfortunately, because of COVID-19, it was almost impossible to build any momentum from that release. That had to be incredibly frustrating.
When we got back together, our first shows seem to build on each other. We’d taken a 25-year break. All the reunion shows were about building up steam. When we finished Forever Black, we were going to headline the Keep It True festival for two nights. On the first night, we were going to play everything from Forever Black and some of Paradise Lost. On the second night, we were going to do our greatest hits. To have that pulled out from underneath us was really sad. We’d never been more pumped and ready to go, and we were practiced and ready for that two-night thing. It let some air out of our sails. Some of the biggest shows we would have played in our lives were planned for 2020. Obviously, other people suffered way worse, so it’s hard to complain about missing shows. Still, the music industry took a total hit. We’re older, and you can’t take two or three years out of your life without having a major impact.

Was there any talk about the bad luck and bad timing Cirith Ungol suffered in their formative years?
I don’t think we ever talked about it. When people are dying all around you, it’s hard to complain if you aren’t sick or dying. I believe that a lot more people were exposed to the album because we were all trapped at home. Even though it was bad for us and we didn’t get to play the record live, I think we did make an impact because people spent time indoors listening to more music than they would have otherwise. It was a double-edged sword. It hurt us, but it might have exposed more people to the album.

Forever Black literally arrived as the entire world shut down…
I’ve listened to everything we’ve done over the years, and I still think the album is strong. I could listen to it now and say, “who did that?” [laughs]. It’s a landmark in Cirith Ungol’s history.

When did the band decide to use the available time to dust off these tracks and forge them into something new?
It was Jarvis’s [Leatherby, bass] idea. Our inclination is just to put out a record. But Jarvis mentioned that we should do an EP and that many of our fans want to hear old music. We listen to what our fans say, and if they want to hear some older material, we’ll do it. We recorded “Brutish Manchild” and “Half Past Human” during the Forever Black sessions (“Brutish Manchild” was first released as a Decibel Flexi). We didn’t intend for them to be on the album — we just had more time. After that, we recorded “Route 666” and “Shelob’s Lair”  in the fall of 2020. It was creepy when we recorded [two tracks] because people were dying and in the hospital. But there was nothing else we could do, so we figured we would knock it out. We’re lucky enough to have a Michael Whalen painting that shows Elric with Stormbringer sucking the soul out of this half man half beast on the cover.

So two of the songs were recorded during the Forever Black sessions. How did you settle on the other two songs?
We have a bunch of old material, and everyone wants to hear it. These songs were written right after we graduated from high school, which is around 1975-76. So we tried to find some common themes. What brought all of the songs together was the theme – the EP coalesces around this beast imagery.

Now that the EP is out and more people are getting vaccinated, have you talked about shows? Or are you looking to 2022?
I can’t announce anything, but we’ve been offered some dates this year. We’re all at the mercy of what is going on right now. But everyone in the band is vaccinated, and we are ready to go. We want to share some of this new music with fans. We wish we could play all-new material but realize many people haven’t seen us and want to hear older material. We are already in discussions about the setlist, but unless we have a four-hour set, it will be hard to fit everything we want to play.

So the interest is still there, and you will be able to do the last album justice with some touring.
That’s the plan. We’re very excited. We were picked by a lot of magazines and websites for one of the best albums of 2020. The EP is another step forward. If we are going to resurrect these songs, we wanted to breathe some new life into them. We wanted to instill some new heavy feeling into each song, and I think we succeeded. 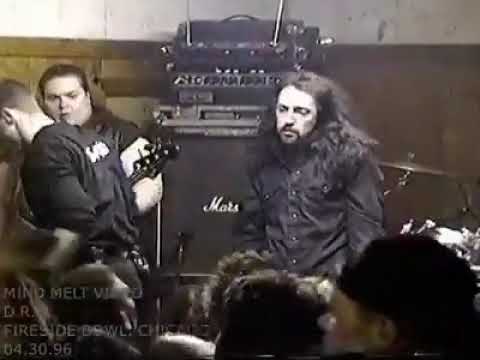