Once Hot Mulligan got to the point of touring full-time—playing 100 or 150 shows a year—their debut album, 2018’s Pilot, had already come out. As the band toured for the next two years, up until Covid-19 grounded all live shows, they played the songs from that album and their prior EPs…a lot.

But for the last year, they had nothing to do but hurry up and wait.

So as Hot Mulligan releases new EP I Won’t Reach Out to You Friday, it marks the dawn of a new era for the band. Their fall tour with Prince Daddy & The Hyena, Sincere Engineer, and Super American is a go after a year of false starts. (The band tried to get this tour off the ground “three to five times” behind the scenes, Freeman says.)

“To almost double our catalog by the time we were ready to go again is nice and refreshing, just to go out and play new songs instead of playing the setlist that we played for two years,” Freeman told me by phone.

In a twist of fate, however, the time spent at home over the last year didn’t necessarily halt any momentum Hot Mulligan had built. On the contrary, people—who were also stuck at home—had time to bond with you’ll be fine and, if the early tour ticket sales are any indication, they’re more than ready to get out and hear those songs live.

“Some of these shows on this tour we just announced are already selling more tickets than we’ve ever sold in any of those cities before,” Freeman said. “We saw the growth online when we put out you’ll be fine and kind of determined how big we were getting as a band, but you don’t know what it’s gonna be like in person until you start seeing ticket sales.”

And when Hot Mulligan takes the stage for the first time in more than a year on November 13 at the Amsterdam Bar & Hall in St. Paul, Minnesota, fans will experience a setlist jam-packed with tracks that have never been performed live before—not only the 11 from you’ll be fine but also the five from I Won’t Reach Out to You. Two singles—“Pop Shuvit (Hall of Meat, Duh)” and “Featuring Mark Hoppus”—have already been released off the EP and have generated quite a response online, though perhaps not the one the band had hoped for.

By now you’ve heard that, perhaps unsurprisingly, Mark Hoppus himself responded to “Featuring Mark Hoppus” (for the uninitiated, no, the song does not really actually Mark Hoppus) and asked to be featured on a future Hot Mulligan track, perhaps one titled “Not Featuring Mark Hoppus.” A dream scenario, right? Well, the band—known for their online shenanigans and in-joke, meme-heavy song titles—had a different best-case scenario in mind.

“Prior to releasing the song, we had two scenarios planned out, and we kind of lived out the worst-case scenario, as silly as it sounds,” said Freeman, a “huge” blink-182 fan who has seen “every blink video on the internet.”

“We figured that Mark acknowledges the song and that’s the end of it, but the best-case scenario was, hypothetically, Mark would notice the song and file a lawsuit, and we would re-release it and title it ‘Soulja Boy Gaming Console.’ With a title like that, we knew it was gonna be a thing with the press or that people would want to talk about. We accepted that for what it is,” Freeman said.

“But it would have been even bigger if he sued us,” he added.

Who are we to question Hot Mulligan’s aspirations of getting sued by a onetime idol? There’s a method to Hot Mulligan’s madness, and it appears to be working. Case in point: a four-bill, headlining fall tour.

You know “Featuring Mark Hoppus,” which occupies the coveted No. 2 banger slot in the EP’s sequencing, is a hit as soon as you hear it. And the band did, too. “As soon as we started writing it, we knew it had the energy we were supposed to bring on the EP with at least one song,” Freeman said. “It just felt right.”

The thesis statement for I Won’t Reach Out to You might be accepting relationships changing and growing apart from people. “It’s really nothing more than an acceptance of those things and a description of them,” Freeman said. The foursome, who range in age from 24 to 27, have all experienced this in one form or another as they’ve moved from high school to college or not college—as has everyone, making it a universally relatable experience the band wanted to explore.

Hot Mulligan also felt a certain degree of freedom in writing songs for an EP as opposed to a studio album, where there’s pressure for the songs to complement one another sonically. Those who have followed the band since the beginning might have been surprised at first by the sound of I Won’t Reach Out to You’s first single,“Pop Shuvit (Hall of Meat, Duh),” though the band’s signature sound was back in second single “Featuring Mark Hoppus.”

“We wanted to really take the time to write the types of songs that we didn’t write in the past, just because we could, to see how they would happen,” Freeman said. “We didn’t think they all have to be a banger because they all have to go on the album that sounds this way. How can we just write five different songs that don’t necessarily have to go together?”

After not really playing together or practicing in person through most of 2020 given the pandemic, the band wrote the EP at Freeman’s parents’ place in the Upper Peninsula of Michigan and recorded at Sound Acres Studio in Southern New Jersey. The EP was produced by Gary Cioni, who co-engineered you’ll be fine. Freeman also engineered the EP, as did Dash Williams.

The EP is also Hot Mulligan’s first through Wax Bodega, a “specialty record shop” founded by Josh Martin of The Wonder Years that also counts fellow Michigan native Mat Kerekes (for his solo work outside Citizen) among its artists.

After Hot Mulligan’s contract with No Sleep Records ended, they felt like it was the right time to release something themselves and see if they could keep the same momentum going. Wax Bodega provides a careful balance between DIY and being on a label.

“We don’t want to be bothered with making the vinyl or packaging it ourselves,” Freeman said. “So it’s the perfect opportunity for us to do all of the work we wanted to do and collect royalties and money proportionally to that while bringing in someone else that we trust to just handle the side of things that we know they can do better without really sacrificing anything on our end.”

At one time, Hot Mulligan decided the band was something they had done for fun but that it wouldn’t go any further than that. However, now the foursome are all-in. Their fall tour (on which Charmer frontman Dave Daignault will play bass—more Michigan synergy!) will catapult the band into the national conversation. (And, if fans are very lucky, they just might get to hear cult favorite track “Shaylee, Shanel,” which the band infamously rarely plays live. “I guess if we have these new songs to incorporate into our setlist, it probably won’t be as painful to bring in the one song we don’t love the most; I guess we could make the sacrifice,” Freeman says with a chuckle.)

Though the band is “stoked” that things are opening back up and fans seem committed to attending shows in the fall, they won’t soon forget the knowledge they’ve gleaned from their experiences the past year. After all, their goal in songwriting isn’t just to write about their hyperpersonal experiences, but about feelings that are universally relatable.

The Alternative is ad-free and 100% supported by our readers. If you’d like to help us produce more content and promote more great new music, please consider donating to our Patreon page, which also allows you to receive sweet perks like free albums and The Alternative merch. 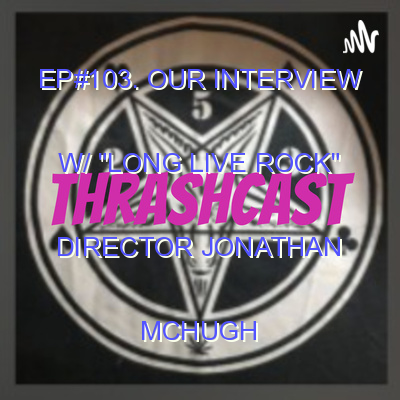