My name is Anton Shakhov, I’m a concept artist based in Moscow working in a game development studio. I participate in many competitions like Art War 5 to improve my art skills.

I wrote a list of details/symbols associated with her to help me create the character, and then I started sketching. 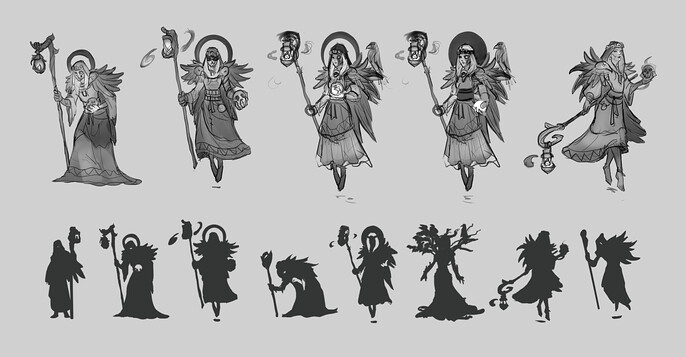 The main idea was to preserve the image of a living person in her design but to show her belonging to the world of the dead. After a lot of sketches, I came up with a concept for this character. 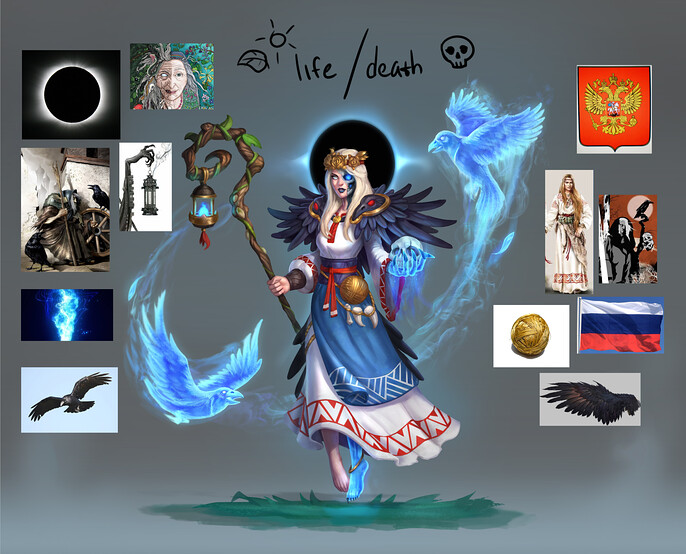 A young girl in a Slavic outfit protects the border between the worlds, summons spirits from the flame. A connection with the world of the dead is marked on her body. Her staff serves as a beacon for the souls of the dead. 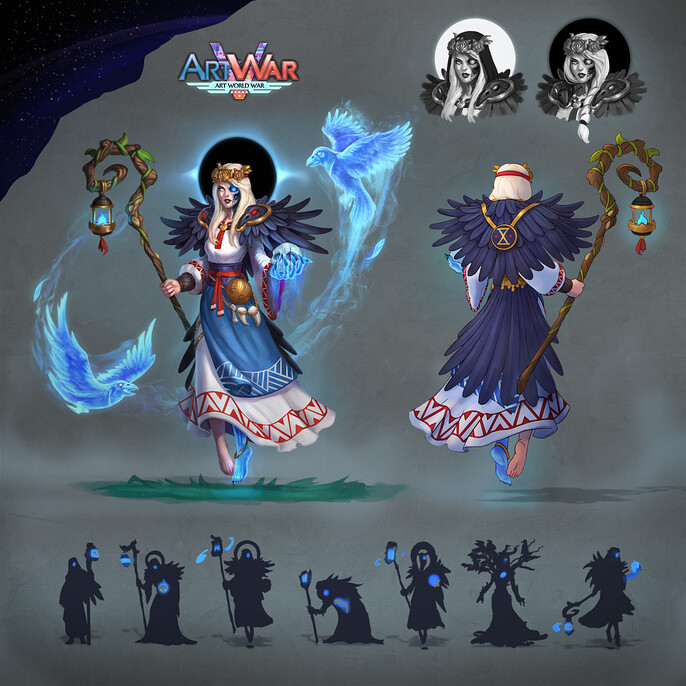 Since my character already has a rich history, it was pretty clear what to show in the illustration: she protects the border between the worlds at the edge of the forest, and to make the story more interesting, I wanted her to confront some enemies. The choice fell on farmers and local residents who are not happy with the witch in the forest.

I started sketching out compositions and different poses to better show her abilities. After choosing several options that could express the mood I needed, I filled the image with values in order to better understand the atmosphere and what to emphasize. 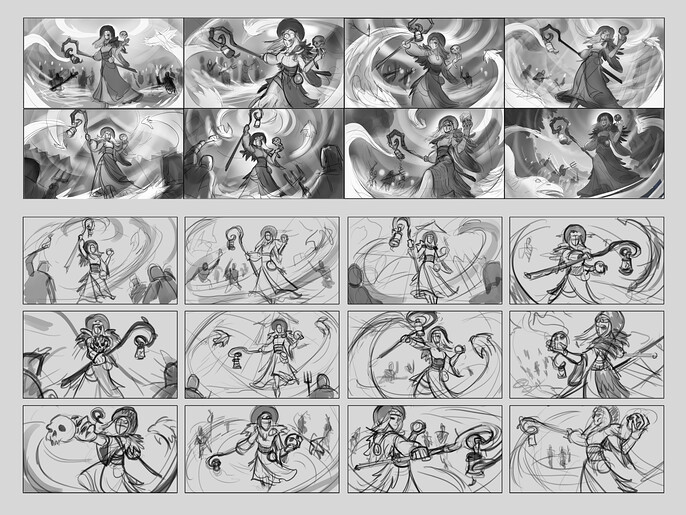 I liked the bottom option most. The low camera angle made my character look powerful and she was close enough to the camera to present her in detail.

The work process turned out to be a little chaotic this time. I wanted to create a great illustration, so there were many edits in the process.

After I decided on the thumbnail, I cleaned up the lineart, fixed what looked wrong to me, and filled everything with local colors, keeping the values of the character and the environment in mind.

Next, I chose a main light source from the magic flame and put a warm one from torches as a contrast to it. That gave me a good understanding of how the final work would look. Then I rendered the materials and other elements, fixed the values, checked the tonal contrasts and proceeded to color. I try to work on separate layers (sky, trees, enemies, character, vfx), but when I’m close to finalizing the image, I merge everything and start working on one layer to correct all the elements and make the work look more solid.

The work process doesn’t always go according to a clear plan (although I would like it to). But if you know how to make the work look better, forget about the plan and just do it.

I hope you will find my process useful. (I need to write about my working process more often to explain my own pipeline to myself :))

Fri May 28 , 2021
Biden Creates OnlyFans Account To Share Exclusive Ice Cream Eating Pics With Journalists WASHINGTON, D.C.—White House Press Secretary Jen Psaki announced today that President Biden has created an account on OnlyFans* to share sensual photos and videos of himself eating ice cream with his admirers in the mainstream media. The post […] 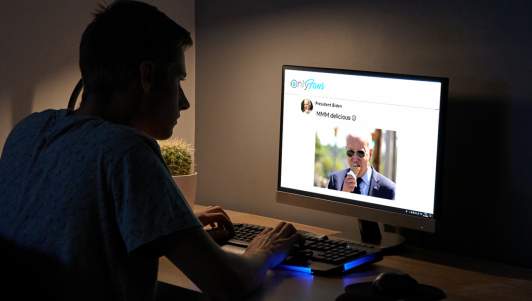 Why we love festivals, and how they inspired my artworks