Skip to content
GG Allin’s last video footage of his life (13 minutes on the streets of New York City) DVLH
GG Allin on DVD https://amzn.to/2YkZmSi
The Gas Station was probably not the smartest place to hold a GG Allin show. A converted service station in the heart of New York’s East Village, its small, dank garage, which still reeks of oil and gasoline, is now a performance space, while the fenced-in yard serves as an artist’s studio, studded with jagged metal sculptures and surrounded by junked cars, rusty scrap iron, and towers of welded machine parts. An especially dangerous locale for a riot, which was how most GG Allin shows ended.

The Gas Station show was the culmination of Allin’s first tour after being released from prison in Michigan, where he had been serving a three-year sentence for cutting a woman with a knife in concert. Fronting a number of bands since his debut in 1980, Allin was known for a particularly puerile brand of Stooges/Dolls-inspired punk, but was most notorious for live performances that were unprecedented in the extremes he took to assault and disgust his audiences. Getting sent to jail had forced Allin to renege on his promise to kill himself live onstage on Halloween 1990, and since his release in April, he had backed away from his renowned threat. He still said he was going to go through with it, but postponed it until a time in the distant future when he had “reached his peak.”

As it turned out, when the end finally came, it was under circumstances that couldn’t have been more cliché by rock’n’roll standards. Like so many of the dinosaur rock stars he excoriated, Allin, at the age of 36, died on June 28 of an apparent drug overdose.

Out of control from the get-go, he attacked the crowd with a vengeance that was extreme even for Allin. He viciously cracked several people in the face with his microphone, drawing blood, and knocked one photographer unconscious with his own camera. In the middle of his second song, Allin defecated on the stage, picked up the excrement, and rubbed it on himself and on a woman in the audience. When soundman John Credo then pulled the plug on the show, Allin hurled himself into a set of French doors, sending shattered glass and splintered wood flying. While Allin stumbled about covered in blood from head to toe, the audience began to riot, stampeding into the courtyard, throwing chairs and pieces of metal and bottles from a recycling bin. The bouncers who were hired as security began beating people trapped inside the small performance space with socks filled with metal or rocks. Nervous about his equipment, Credo retreated to his truck and returned to threaten patrons with his pit bull. Allin beat a hasty retreat, putting on a white miniskirt he borrowed from his 17­-year-old girlfriend, Liz Mankowski, and jumping into a cab as a mob pursued them down the street. After just one and a half songs, Allin’s last gig was over. “It was the sickest show he ever did,” said Todd Phillips, director of Hated: GG Allin & the Murder Junkies, a documentary about Allin.

Later that evening, after he scored some heroin, Allin and Mankowski returned to Yount and Puke’s small studio apartment. Puke says Allin snorted about three bags over the next hour before he began to nod out. They talked about the future, about doing a European tour and some spoken word performances. Still wearing his girlfriend’s miniskirt, a jean jacket, leather aviator’s cap, and dog collar, he told Puke, “We gotta do that spoken-word tour, man.” It turned out to be the last thing he ever said.

His friends decided to let him sleep the drugs off sprawled on the floor, his head propped up on a laundry bag. Mankowski went up to the roof with Yount and talked about her relationship with Allin. She had written to him in prison, having seen a show of his in Milwaukee, her hometown, when she was 13. They had been together since his release in April. She told Yount that Allin had told her he loved her and wanted to get married.

At nine o’clock, Puke got up to get ready for work and he and Mankowski went to check on Allin. His body was already cold. They called 911 and his brother and bass player, Merle.

“He was all purple;” Merle said. “He had snot coming out of his nose and blood coming out of his mouth and a big fucking scowl on his face. It was typical GG.” The performer Allin admired most, said Merle, was Hank Williams, who also died of a drug overdose. “He identified with his hard-drinking, lonesome cowboy, gig-to-gig life. They were both outsiders.”

Some of Allin’s most loyal fans now feel that the manner of his death was ironically fitting. “He got everyone thinking he would die onstage on Halloween,” said Puke, “but instead he died quietly some June morning in Alphabet City. GG always said, ‘With GG Allin you don’t get what you expect, you get what you deserve.'”■ 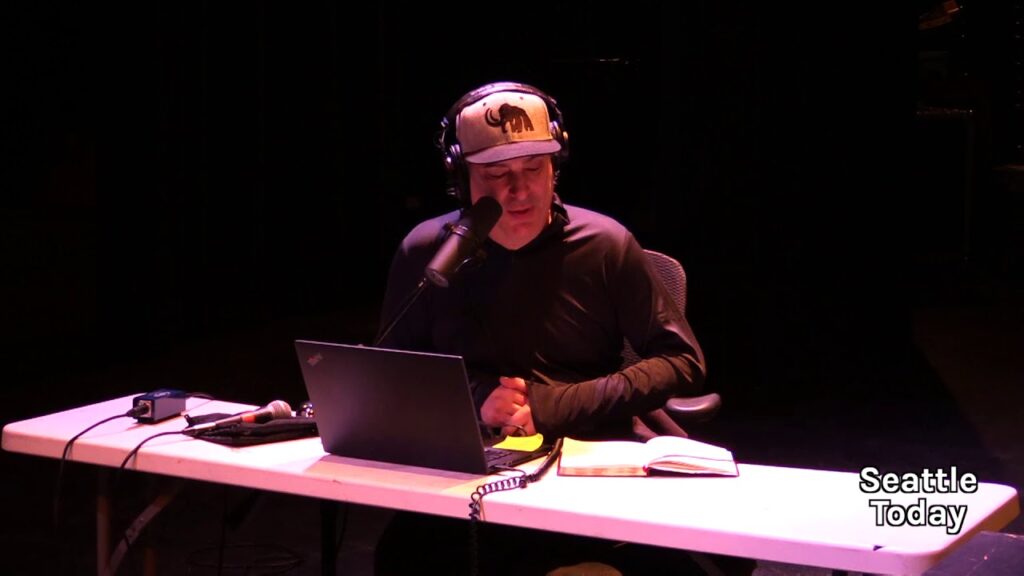